Social media is a very new form of communication and we are the first generation who are growing up with it and experiencing its highs and lows. But because we are the first generation who have been there from the humble beginnings of BB, Bebo, and Myspace to the modern day giants of Twitter, Insta, and Snap, we are having to decipher “where the line is” for new topics such as fake news, cyber bullying, hate speech etc… So as I am sure you all know, there has been the release of a new social media app in our midst, ‘Blitter’ (Black-Twitter). Working in the tech industry, I have seen article after article on the new platform with numerous questions and hesitations around its purpose, longevity, and effects on the wider society.

The description given for the Blitter in the app store states:

“Blitter is a social network built on love, passion, and empathy. Blitter does not condone racism, sexism, harassment, bots, or hate speech whatsoever…”

That all sounds lovely, but would have gone over the head of the fresh eyed 19 year old me studying in the States. I was shocked and internally conflicted when I discovered that the university had a ‘Black Student’s’ Union’ and an array of other societies outside of your average ACS i.e. Black engineers. I ignorantly thought at times “What the hell is this and why am I here?” without really acknowledging that the history, meanings, and labels attached to race varies by location. The basis for institutions such as HBCUs (Historically Black Colleges and Universities), or BET is to combat discrimination and to set a level playing field. So because these organisations exist, it is plausible that Blitter is a natural development of that same aim as we move further into the ‘technology era’. But what would Blitter be equalising…?

Some have claimed that Twitter blocks the accounts of black influencers at a disproportionately higher rate than white influencers i.e. Katie Hopkins, without any explanations. Others say Blitter is a ‘safe space’ to express views without any racist backlash. Both claims make sense, but for as much as there’s racism towards black people on social media platforms, I cannot say that I don’t see borderline (and quite often just ‘over the line’)  jokes/statements from black people towards other races online too; which makes me wonder whether Blitter will exacerbate that sort of content online. I am sure that a ‘Witter’ would not go down well… Secondly, for as much as I understand the desire for a ‘safe place’ for black expression, I am unsure as to whether an active effort will be made to make it a ‘safe place’ for gender, LGBTQ, and religious expressions of black people too, since being black isn’t anyone’s  one and only identity labels (I wouldn’t want to jump on Blitter for a ‘safe space’ and see hyper-masculine/sexist ‘Bleets’ i.e. Lucas season 1 BkChat content popping up…).  So is Blitter designed to equalise freedom of speech or to enjoy a segregated online space? And is this separate space a step in right the direction for equality?

So before I get into this next point, let me just make this clear. But one’s experience of being black will vary depending on location because culture and race are different things. 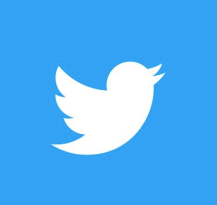 Racism does exist and I’m sure I don’t need to depress you with a bunch of stats showing economic, educational, or imprisonment racial disparities across countries to display the obvious similarities of black peoples’ experiences globally. But outside of ‘struggle’ how much more do we all really have in common? And is it enough for a social media platform where users are only really united by melanin and afro hair?

I wrote my undergrad dissertation on African American and Black British senses of national identity, and tbh, the most interesting parts for me were the differences in what it meant to be black in those places. African Americans seemed to have created a whole unified culture in and of themselves which involved commonly known things such as hip hop, soul food, soul music, gospel music, and even church fashion to a certain extent, however black british people are more at the early stages of developing a subculture within the wider society and so tended to associate their core identity more with their parents/grandparents country of origin. We were less unified but had a stronger perception of self i.e. “This is who I am and this is where I come from… outside of the UK that is”. So same way a Swedish person would have very little in common with a Aussie, I would have little in common with a black South African girl other than maybe a similar hair/make up routine, which makes me wonder whether a social media channel for black people is needed (since the purpose of social media platforms is to cross borders).

So that’s pretty much everything I can fit into my bus journeys for today.  I don’t have a strong anti or pro sentiment regarding Blitter, just a bunch of questions lol, but I understand the desires to have it and also the hesitations around it. At the moment it’s in its infancy, so we may need to wait and see how it is used and interpreted in the future to decide whether a racially orientated social media platform is truly a step in the right direction.

This #TMThursday we are talking #CallTheMidWife and #SickleCell. On Sunday the BBC series Call The Midwife included a storyline about a Ghanaian family who discovered that they had sickle cell in the family. The episode, sparked a cord with a lot of viewers, praising their portrayal of the condition. After the airing of this episode there was a 46% increase in blood donor registrations🙌🏿 Do you think more tv shows need to highlight diseases which effect the African-Caribbean Community? #bb_bloggers #blackbritain #blackbrits #blackbritish #african #caribbean #sicklecellawareness #sicklecellanemia #health #blackhealth #blooddonation #giveblood #nhs
You have within you, the strength, the patience and the passion to reach for the stars.... To change the world🌍 #MondayMotivation🙌🏿 . . #bb_bloggers #blackbritain #blackbritish #blackbrit #motivationalquotes #motivation #motivationmonday #inspirationalquotes #inspiration #inspirational #morningmotivation #riseandgrind #success #changetheworld #passion #blackwomen #harriettubman
Another Thursday means another #TMThursday topic🙌🏾 London state school, Brampton Manor, secures 41 Oxbridge offers, of which nearly all students who received offers are from ethnic minority backgrounds. Its success rivals the admission rates of some of the top-performing private schools across the UK. Which leads us to the question, do you think attending a private school gives you a significant advantage at achieving academic success? Do you plan on sending your kids to a private school? Leave your thoughts below👇🏾 #privateschool #education #school #bramptonmanor #bb_bloggers #blackexcellence #oxbridge #cambridgeuniversity #oxforduniversity #university #students #stateschool
If you’re YOUNG, BLACK & BRITISH you can 100% excel in whatever lane you want🗣🙌🏿🇬🇧 #MondayMotivation #motivationalquotes #morningmotivation #motivational #motivation #inspirationalquotes #inspirational #inspiration #bb_bloggers #blackbritain #blackbritish #blackbrits #stormzy #riseandgrind #blackbritishbloggers #instadaily
#FridayFind: @generalisteshop exists to make representative books, across the spectrum of the #BAME community accessible to every child across the UK. Offering a curated mix of books, greeting cards and crafts, they aim to give every child the chance to see themselves in the pages of a book. Check out our full interview on TheMoveHub.com (link in bio) Use our discount code to get 25% off your purchases till 31st Jan🙌🏿 Don’t miss out👀 . . #blackbritain #bb_bloggers #blackbritish #blackbusiness #blackbrits #bamebooks #diversity #inclusion #blackauthors #blackbooks #childrensbooks #diversityinbooks #supportblackbusiness #blackownebusiness #blackbritishbusiness
Another #TMThursday🎉 Stormzy, Jordan Dunn and Friends grace the cover of Elle Magazine to celebrate being YOUNG, BLACK and BRITISH🙌🏿🇬🇧 Stormzy brought a group of people who inspire him for the shoot, stating “There have been incredible achievements, but black Britishness is not always well documented. Now it’s time to say, ‘it’s here, it’s vibrant and it’s alive.” This is the kind of motivation and inspiration we need to help push us to excel in whatever lane we choose in 2019👏🏿#BLACKBRITISHEXCELLENCE ✨ What areas are you looking to excel in this year? Share them with us👇🏾 #blackbritain #blackbritish #bb_bloggers #Stormzy #JordanDunn #Elle #ellemagazine #blackbrit #motivation #inspire #inspirational #blackexcellence #blackmen #blackwomen
%d bloggers like this: